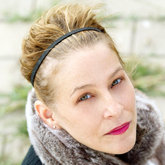 Tanya Pampalone has more than 25 years of journalism experience, working in digital and legacy publications in the United States, the Czech Republic and South Africa. In addition to her newsroom roles reporting, writing, editing and working in senior editorial management, Tanya has lectured on ethics, digital storytelling and narrative journalism, edited nonfiction books, and is currently producing a podcast about the 2015 xenophobic attacks in South Africa. Her primary interests lie in global journalism futures, in-depth journalism and cross-platform storytelling and packaging, as well as issues of migration, inequality and democracy.

She is the managing editor of the Global Investigative Journalism Network, a Washington, D.C.-based nonprofit which supports investigative journalists. From her base in Johannesburg, she is responsible for GIJN’s far-flung editorial team, covering sustainability and innovation in journalism, as well as case studies and tools and techniques for investigative journalists, in seven languages and eight regions around the world.

Tanya is co-editor of  I Want To Go Home Forever: Stories of Becoming and Belonging in South Africa’s Great Metropolis (Wits Press, 2018), with international migration expert Loren Landau. She was a contributor to Southern African Muckraking: 150 Years of Investigative Journalism Which Has Shaped the Region (Jacana, 2018) and Unbias the News: Why Diversity Matters for Journalism (Hostwriter, 2019). 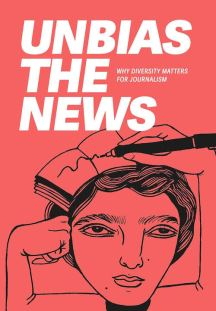 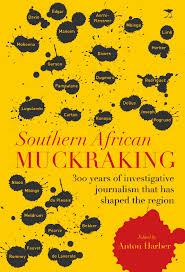 The former executive editor of South Africa’s Mail & Guardian, she oversaw cross-platform special editions, including issues on race, democracy, religion, drugs and inequality, as well as in-depth journalism projects, which spanned early forays into digital products such as HTML5 and eBooks. Tanya also worked as the head of audience development and strategic partnerships at The Conversation Africa, a regional arm of the global network, during its start-up phase; and was the editorial director of Duke University’s annual Menell Media Exchange from 2014 to 2017, which brought over 1,200 South Africans journalists together each year in Johannesburg.

Prior to joining GIJN, Tanya was a contributing writer to US News & World Report, lectured on creative writing for journalists and digital storytelling at the University of the Witwatersrand and edited nonfiction titles for Pan Macmillan South Africa.

Between 2011 and 2014, Tanya was a visiting lecturer on media ethics and editorial independence the Sol Plaatjie Institute at Rhodes University in Grahamstown. In 2012, she won South Africa’s top journalism award, the Sikuvile, for creative writing. She was selected as the 2013 Menell Media Fellow at Duke University’s Sanford School of Public Policy and was a judge for South Africa’s premier creative digital award, the Bookmarks, in 2016 and 2017.

Tanya began her career as a freelance writer in Prague following the fall of communism, later becoming an assistant editor the award-winning magazine, Buzz: The Talk of Los Angeles. She moved to Johannesburg in 1996 at the dawn of South Africa’s democracy, working as a freelance magazine writer. In 1999, Tanya went back to California, living in San Francisco where, after working the dotcom circuit and stringing for Agence France-Presse, she became an editor at the San Francisco Examiner. In 2005, Tanya went back to Johannesburg and was a freelance writer until she was appointed managing editor of sister magazines Maverick and Empire, which became the popular online publication Daily Maverick.

Tanya holds a BA in journalism from San Diego State University and an MA in writing from the University of San Francisco.

Hostwriter, a network which helps journalists around the world collaborate across borders, asked colleagues around the globe to contribute stories that address the challenges around making journalism more diverse. The result is the book “Unbias The News: Why Diversity Matters for Journalism.” Tanya Pampalone, wrote the opening essay for the collection, “Watch Your Language.” Everyone …

END_OF_DOCUMENT_TOKEN_TO_BE_REPLACED

Craig Silverman, now the Toronto-based media editor for BuzzFeed News, has been digging into unhappy facts for years. But back in 2015, he came out with a report which would foretell the misinformation tsunami that would soon arrive. Published by the Tow Center for Digital Journalism at Columbia University, “Lies, Damn Lies and Viral Content: …

END_OF_DOCUMENT_TOKEN_TO_BE_REPLACED

It started off at the session on education. Last week, in a corner room just off the Piazza IV Novembre, in the charming medieval town of Perugia, Italy, Alice Ross, a young journalist working for Greenpeace UK’s Unearthed bemoaned the cost of her fancy investigative journalism degree at City, University of London. The total for …